On March 18 – 22 Marco and Andrei participated in the APS March 2013 Meeting, in  Baltimore, Maryland, USA. The largest physics meeting in the world, focusing on research from industry, universities, and major labs, was held at Baltimore Convention Center and attracted over 8,500 attendees, who participated in 112 Invited  and over 650 Contributed parallel sessions. Most of these sessions were oral presentations accompanied by several  huge multi-subject poster sessions and several days long exhibition of over 100 exhibitors featuring physics-related products and services. 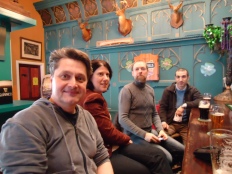 After conference talks (Paul van der Schoot is on the left) 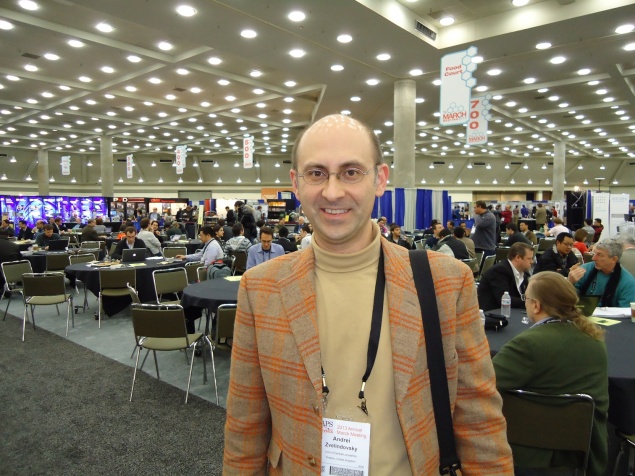