Self-assembled structures such as micelles and vesicles have frequently been discussed as model systems for biological cells because they can mimic their ability to compartmentalize matter for biological and material processing such as DNA-replication and nanoparticle synthesis respectively. However, in contrast to most synthetic self-assembling systems the natural systems are not equilibrium processes. Attention is therefore now focusing on dissipative self-assembling systems where energy input is required to sustain the self-assembled state. These systems have the potential to adapt themselves and enter into different self-assembled states depending on environmental conditions whereas their equilibrium counterparts can only assemble or disassemble. 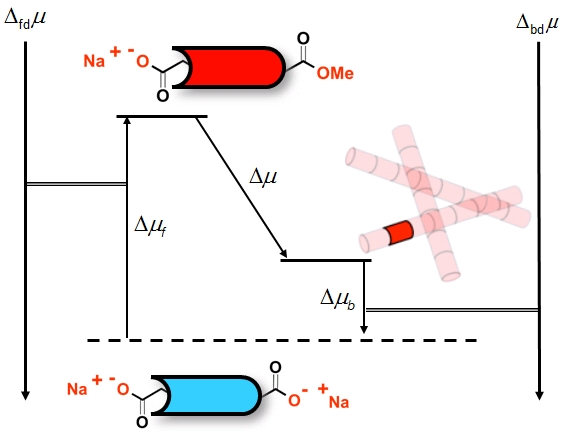 Recently, we have constructed a dissipative self-assembling system using a chemical fuel[1] and presently more examples are being worked on. The thermo- dynamic description of such non-equilibrium processes[2] invokes some interesting questions regarding the nature of the entropy production, the relation between the driving forces and the dissipation rate, and the energy transduction pathways that will be discussed during this presentation.