At the end of August Andrei became a Fellow of UK Institute of mathematics and its Applications (IMA), which celebrates its 50 years this year. 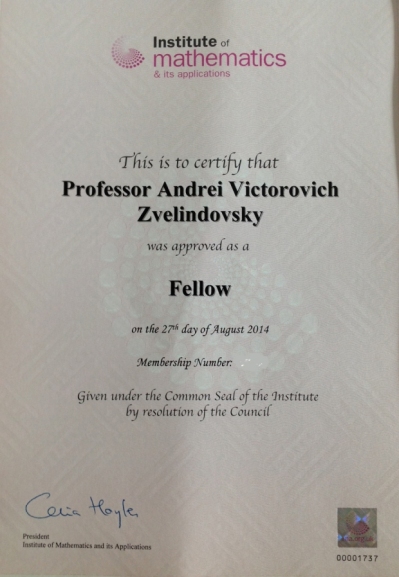