Visit and seminar by Nigel Wilding: Self-Assembly and Phase Behaviour of Indented Colloids 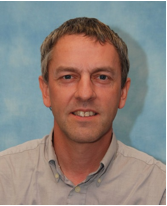 Prof. Nigel Wilding from the University of Bath will give a seminar at the School of Mathematics and Physics, on Wednesday 18th of November 2015, 2 pm (room ENG209 in Engineering hub, building 13 on the uni map).

Spherical colloids with an indentation can chain via the process of lock-key binding whereby the indented side of one particle (the lock) fits neatly into the convex side of another (the key). Assembly occurs spontaneously when the colloids are immersed in a sea of much smaller polymers leading to depletion interactions which promote bond formation. We report simulation and theoretical studies of this process in two models. Firstly we have considered an explicit mixture of indented colloids in a bath of much smaller hard spheres. The morphology of the chains that are formed depends sensitively on the size of the colloidal indentation, with smaller values additionally permitting chain branching. In contrast to the case of spheres with attractive patches, Wertheim’s thermodynamic perturbation theory fails to provide a fully quantitative description of the polymerization transition. We trace this failure to a neglect of packing effects and we introduce a modified theory that accounts better for the shape of the colloids, yielding improved agreement with simulation[1]. Secondly we have mapped simulations of the full mixture to a greatly simplified model allowing us to study the phase behaviour of large systems. As the ratio between directional and non- directional binding increases the liquid phases become very stringy with the critical points moving to very low density. The resulting liquids have a rich, open structure with interesting percolation properties [2].