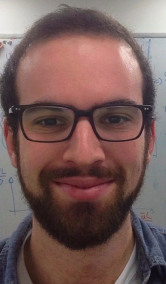 ‘Listening to the electrical noise for nanofluidic sensing’

Moving from microfluidics, which is now a well-established field, to nanofluidics requires the development of computational tools. Using the Lattice Boltzmann Electrokinetics (LBE) method, we can couple the Navier-Stokes equation with the Poisson-Nernst Planck theory and thus study charged confined fluids at the nanoscale. Electrochemists have begun to use the electrical fluctuations arising from them to extract information on the interfacial phenomena and thus the underlying microscopic processes (e.g. single molecule detection, adsorption/desorption). This requires to be able to model nanocapacitors with a constant potential difference between the two electrodes.

We present here a way to achieve constant potential simulations in the context of LBE. We then couple this method with the moment propagation method, thus providing an efficient computational tool capable to analyse, hydrodynamic, electrokinetic, adsorption/desorption and finite size effects in fluids confined at the nanoscale, for arbitrary geometries, in both linear and non-linear regimes, as well as in the transient and steady state regimes. Within the context of electrical noise, the temporal charge response to a voltage perturbation can be linked to the impedance and thus to the electrical fluctuations. This should allow us to study in the future the electrokinetic response related to the cross correlation response between mass and electric currents.