Can a bird fly from Preston to Newcastle ?

To investigate that Andrei went on a train trip from Preston to Newcastle via Carlisle. Diving into the history of trains on a two-car diesel train from Carlisle  was balances by spectacular views from the window. Sunny Newcastle was greeting him with an impressive collection of bridges and architectural wonders of  both the past and the future. Having a  lunch alfresco, in an open air with a view on the Millennium Bridge, was a totally unexpected surprise for a late October afternoon far north of Preston.

In the evening Andrei delivered the second reincarnation of his Birds talk in front of a very enthusiastic audience of IOP North East Branch, comprising people of all ages from students till senior citizens. IOP North East Branch has a vibrant event program summarized in a very nice and informative Branch handbook.

Newcastle after the sunset appeared not less spectacular: walking its skilfully lighted streets after the dinner with the branch members  was a pleasant ending of the day. And as to the answer to the question put in the title, you have to listen to the lecture for yourself. 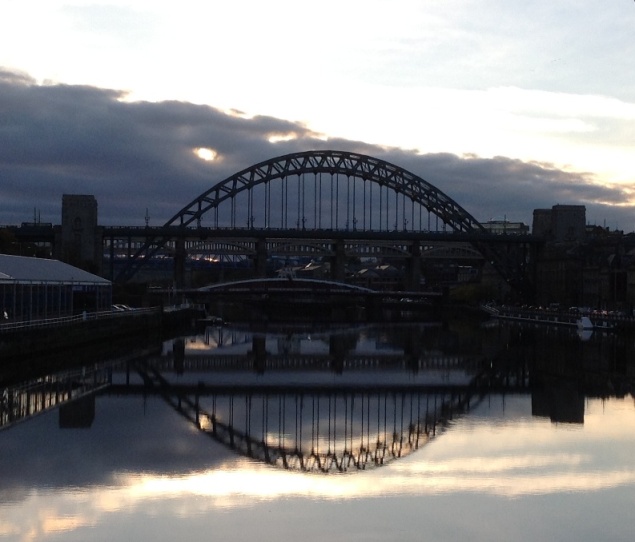