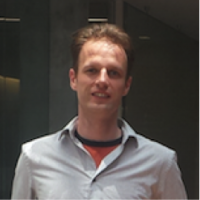 Bart Vorselaars joined the School of Mathematics and Physics in the College of Science as a Lecturer.

He obtained his doctor’s degree from the Department of Applied Physics at Eindhoven University of Technology in the Netherlands. Subsequently, he worked as a postdoctoral research fellow at the University of Reading and Warwick in the United Kingdom. Afterwards, he took an opportunity to join the Waterloo Institute for Nanotechnology at the University of Waterloo in Canada.

Bart’s research is in the field of soft matter and nano-materials, particularly in polymeric systems. He has an interest in self-assembly, crystallisation mechanisms, mechanical and dynamical properties. His tools are of a computational and theoretical nature. His contact details are found here.