Snow and Christmas market in Lincoln

Snow, as usual, is just on our blog, and if you read it on a PC you can enjoy a nice snowfall across the screen :). But frost is indeed upon Lincoln, as the Christmas market is there. It is said to be the largest one in UK. At first, I did not believe in that. Especially, after I remember Manchester Christmas marker was claimed to be one of the largest in Europe (perhaps excluding most of Germany 🙂 ). I went to Lincoln’s centre expecting to see a nice small Christmas installation with some mulled wine and souvenirs. But it appeared to be a HUGE one ! All medieval city, all its centre from the train station  till the enormous cathedral, all was turned to one cheerful Christmas market. It was everywhere – in the Castle and in parks around, all around the cathedral and in every little street on the top of the hill. Every single shop was open and dozens of tents were offering all kinds of things from winter hats till exotic marmalades. Lots of German wursten, or just sausages, frikandellen and Dutch pan cakes (guess  their diameter 🙂 ), roasted beef and pork or Asian food – all was there. And of course – endless mulled wine, mulled cider, but also just coffee together with music from specially installed speakers in old 30s-50s style or life bands and carousels. You could go on a Ferris wheel or just warm up in a real tropical garden (!) meditating together with a gold fish singing carols in Sir Joseph Banks conservatory. Cathedral was full of people taking part in services with carols and candlelight and various choirs were changing each other. The cathedral bells were sounding for the whole hour in the evening. Next to the cathedral you can see about 10 falcons and other fearsome birds of all kinds as though coming from an ancient gravure or picture. And if it was not yet quite enough – you could immerse yourself in a separate Medieval Christmas market in the remains of Medieval bishop’s palace and totally forget that the year is 2014.

I went to Lincoln Christmas market for 2 evening and one morning, and probably seen only a half. It stands to its claim to be the largest in UK, but also I did not see anything like that even in Germany. So, if you plan to visit our group next December, chose you dates carefully. 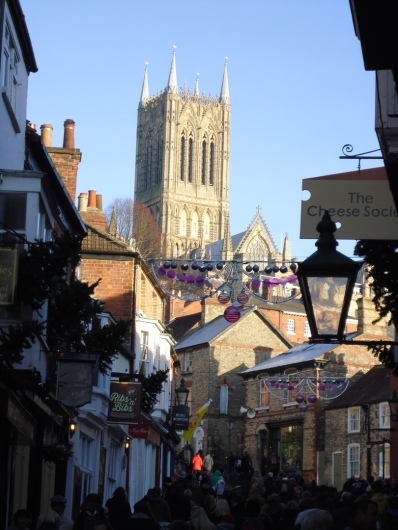 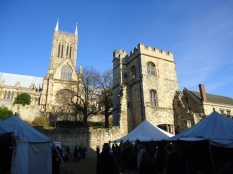 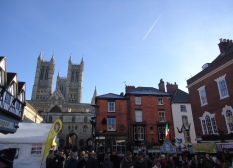 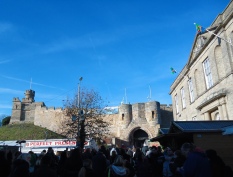